Seed Of Desire- Origin Of Creation

In the beginning there was only on being, uncreated, beyond time and space, existing unto herself.  This being is referred to in the feminine because all of creation has come out of her.  Because she was the only thing in existence, she could not see herself, she could not know who she was or if she even did really exist at all.  Because of this, deep inside her grew a seed of desire, the desire for Self discovery.  So, with her imagination she crafted a dagger made of time, and plunged it into her belly, spilling herself out of herself.

From the seed of desire erupted a black serpent, with scales like volcanic glass, encircling space and time, breathing fire into the center of all things.  This was the beginning of creation, the big bang.  As the breath of the serpent cooled it clumped together, becoming the first particles of matter.  These particles bonded together, forming the first atoms, hydrogen.  The hydrogen gas then gravitated together, forming great flaming beings, the first stars.  In the thermal nucular furnace of these first stars, all the elements of the universe were created.  Then, like the great mother being, these first stars poured themselves out in a great explosion, scattering their bodies across the universe.  From the dust of the first stars formed new galaxies, the Sun, earth, and all of life.  From the blood of the stars we are given life.

The original being spilled opened herself up and spilled out so the she could see herself.  The purpose of creation is to fall out of oneness and become become manifest, defined and differentiated in time and space, to discover the Self in the experience of other.  All things that exist are a reflection of Self.  As above so below, as within so without.

Everything is a manifestation of God, spirit, energy, mind.  The first stars, like the original being, were spilled out, creating new forms and expressions.  The Sun pours it’s energy, it’s life force onto the earth, giving life to all living things.  From the perspective of the Earth the sun seems to rise and fall back into the ground, and the moon waxes and wanes in a cosmic display of the cycles of creation.  On earth life to reflects this rising from the womb of the earth and plunging back into the ground in an eternal circle of life and death.  Transformation evolution and progeneration are universal constants expressed through all forms of existence, inherited from the original seed of desire, the longing for knowledge of Self.  Science is beginning to prove these ideas.  The universe is a fractal, everything is an expression of the same essential quality, energy and space/time, erupting and expanding from a singularity, a single point or seed of creation.

Just as there is no difference between energy and matter, there is no difference between spirit, and the physical body.  Everything is made of Self, continuously transforming in an eternal cycle of creation and discovery. We are not created to transcend the the physical world but to become embodied in it, to fall into time and space, erupting from the seed of desire, expressing the fire of the black serpent. 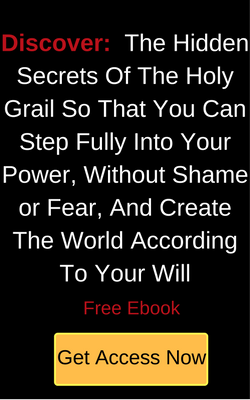